One of the fundamental characteristics related to the movement of the pieces are the tables of the time/power intersecting curves.
These tables refer to the characteristic of the pieces of being able to operate at a certain level of power (strength, efficiency) according to the overall time of use in the game. It is as if the pieces worked with batteries that obviously tend to discharge during the game and therefore the piece loses power so its efficiency is reduced. This reduction of efficiency has an impact in the ability of the piece to perform its actions at best.

At this point at least two questions arise spontaneously:

Since it has never been discussed previously, I must clarify that the pieces inside the game round have a finite number of available actions.
Actions means what the piece has the opportunity to do, like to name a few:

The list does not end here obviously, but it serves to give the idea.
Now each of these actions has a cost in terms of energy spent and time consumed to perform it.
This means that each piece can operate as long as it has energy to do it or as long as it has enough time to do it.
The difference between these two conditions is simple, if the piece do four actions that consume 100% of the his available energy, then It will no longer be able to do anything else until is recharged, otherwise it will lay inert on the chessboard easy prey of the enemy pieces.
But if the piece perform maybe only three actions that consume all the time available then It will no longer be able to do anything else as long as my game turn does not come again.
Now take into account the consumption of energy is simple, each activity has its percentage cost to subtract from the total energy available for the piece.
Instead keeping track of time is more complex. At one point Gurgeh reiterates so much time to think about the move that the other competitors urge the referee to request Gurgeh to move [83.17].
This is the only mention referred to time for a move and it is clear that there are no imposed limits as regulation. Probably the limit is only courtesy towards the opponents and always probably a medium common time for a move is developed with experience and ability acquired in game.

This means that the real life game time is different than the pieces life time.
At this point I opted for a simplified count, the pieces have a maximum number of actions that is possible to perform during each turn. Each accomplished action is equivalent to a fixed consumption of time. So a minor piece that has for example four actions per turn will consume 25% 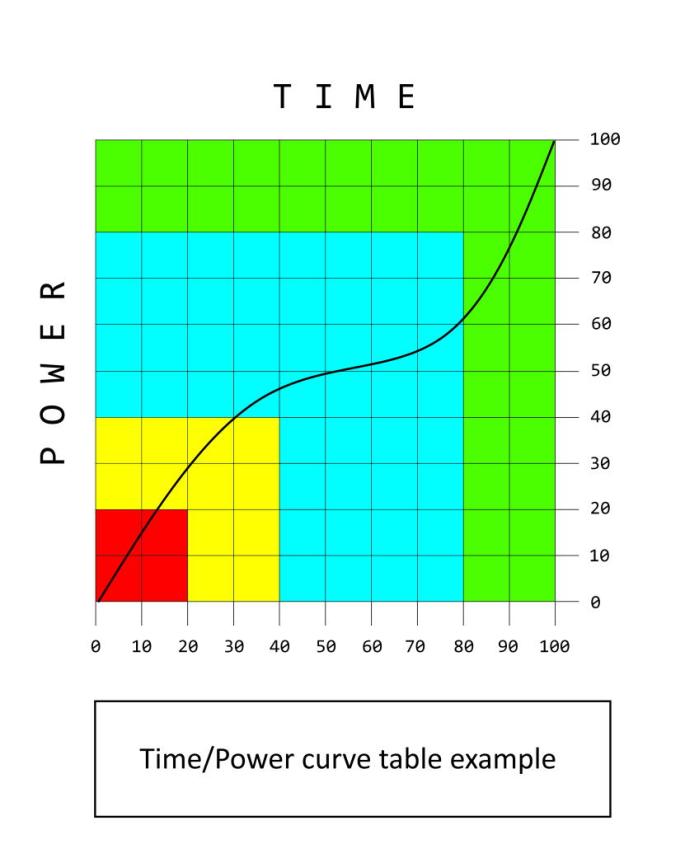 (a quarter) of time at its disposal at each action. A Biotech that has ten actions available per turn will consume 10% (one tenth) of its available time for each action.
In this way it is simple to count how long the piece will last before need to recharge, just count how many actions he has done.
Someone will object that this count is not precise as each action in reality should have a specific time according to the complexity of the action itself. Right, I reply, but you must think that we are building the foundations for the first version of the game and a certain simplification is a must. On the other hand, each piece has a series of tables to which to refer for its own characteristics, the possibilities of movement, the consumption of energy, the consumption of time and do not forget those related to the harmonic skills and the probabilistic equations (we will talk about it in a next post).
It is clear that the time necessary for each action could be quite long and decide what to do extremely complex.
Once the simplified complete rules are defined the play testing phase will start.
To complicate the rules there is always time but first of all we have to make sure that the game is balanced, meaning that the pieces on the chessboard correctly represent the forces involved and that the fight is realistic.
On the other hand, remember that we are talking about Azad, the sacred game that reproduces reality in the most precise way possible and as we all know very well, reality is rather complicated.

As always awaiting your comments and opinion.