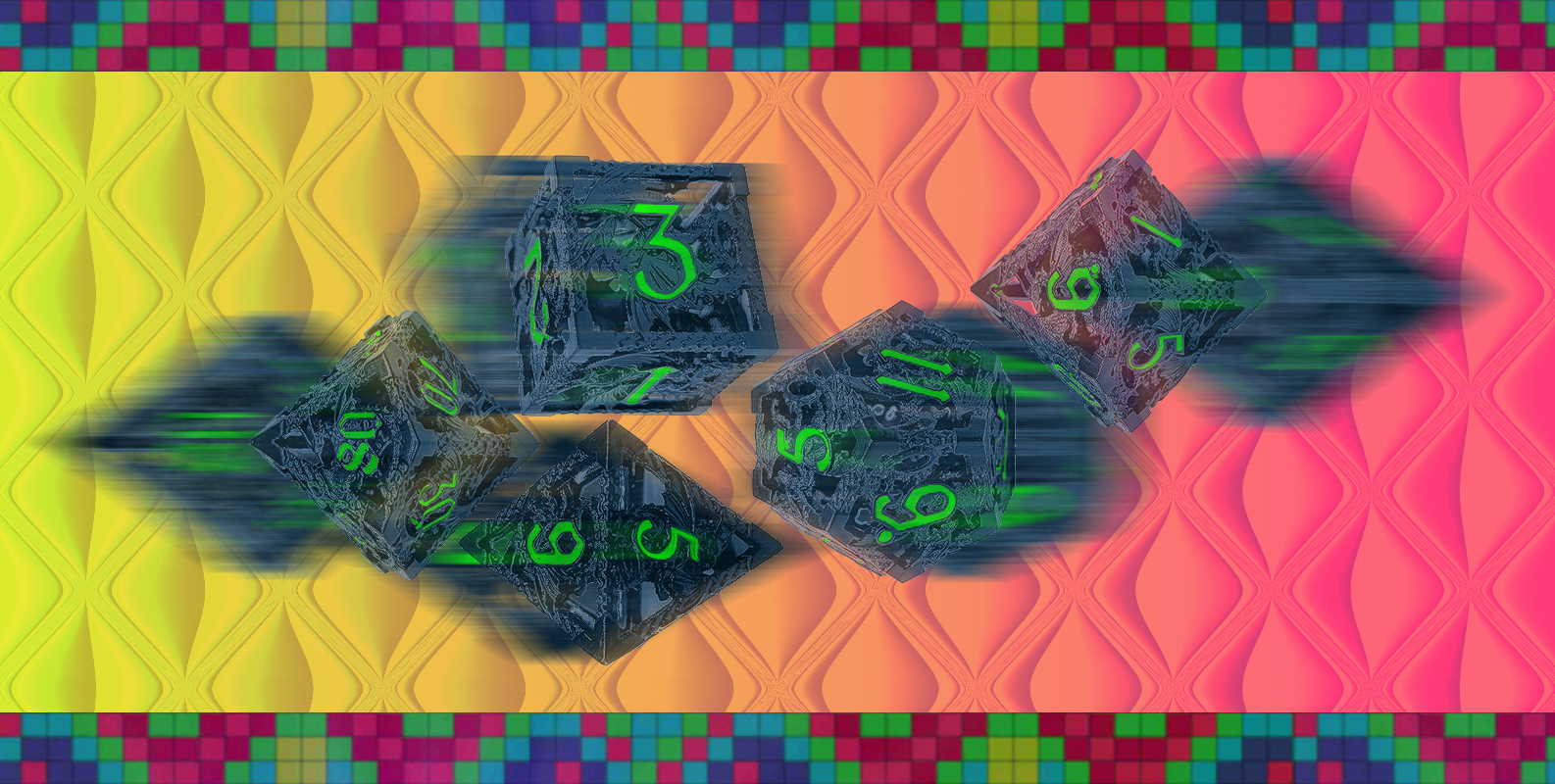 AZAD is a complex game and is played using several elements which one of these elements we know are dice.
Incredibly dice are mentioned only three time in the whole novel and always using the words “die-matching”.

How many dice types are available in the game ?

The clues suggest that there should be a differents types of dice for every major boards or that the effects of the dice are different on every board.

The first type is used on the Boards of Origins and have a more mechanistic use of the game elements and related imagery. [32.14]

The second type is used on the Boards of Forms and have a less mechanistic use and slightly elemental.

The third type is used on the Board of Becoming and have natural use of the game elements and related elemental imagery.
Here the dice are not used like the die-matching of the precvious match and are :
1.Blade – 2.Cloths – 3.Stone – 4.Water – 5.Fire – 6.Air – 7.Life [97.13]

How many dice are used by the players in each turn ?

In our world the standard die matching game is played with two die, but considering that three seems to be the basic number of the Azadian civilization probably three is a more correct number.
It’s only a supposition because nowhere in the novel is stated how many dice are used.
But a very faint clue come from the fact that are described seven symbols for the dice.
Now cause a 7 face die is not existing (we can use only a 14 sides die with 7 numbers doubled) I believe that they are standard six side dice.

How to put seven symbols on a six side die ?

The seventh symbol 7.Life is obtained when three specific symbols appear 4.Water, 5.Fire and 7.Air, the basic elements of Life.
These three symbols if combined together realize the Life symbol.
With this approach we can better implement a non mechanistic system and more solid elemental approach to the use of dice.

How the dice are used ?

The clues are the words “mechanistic” and “elemental”.
The first word suggest a simple 1 to 1 effect, as to say if you obtain a value of 3 (1 + 1 + 1) then move your piece for three boxes or move three pieces for one box. Here we do not consider the symbol on the dice but only their value.
This is a simply mechanistic effect

Instead “elemental” is a more complex action and suggest that the symbols obtained with the dice interact with the overall effect of the pieces and cards properties.

In the middle we simply have a mix of the two with a reduced direct movement of the pieces with some slight effect.

Remember, we have three different use of the dice, one for each main board.
The first type have a direct effect and is related to the movement of the pieces.
The second type have less effect on the movement and some effect related to the interaction.
The third type is an effect directly integrated in the game with the pieces and cards.

With this post I have completed the analyze of the novel and defined the starting fundamental of the game.

With the next post we will enter in the alpha phase of the game development and so to start defining general rules.

As always, comments are welcome!